Sri C R Janardhana has taken charge as President of Federation of Karnataka Chambers of Commerce & Industry (FKCCI) on 29 th June, 2019 for the year 2019-20. 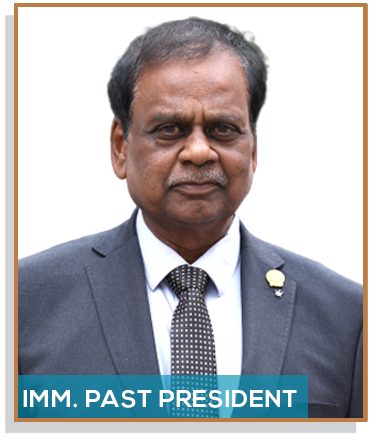 Sri C R Janardhana has taken charge as President of Federation of Karnataka Chambers of Commerce Industry (FKCCI) on 29 th  June, 2019 for the year 2019-20.

Sri C R Janardhana is a Mechanical Engineer and has distinguished himself as an Entrepreneur. He began his career by establishing Sri Venkateshwara Printing Press in the year 1989. He is a well-known leader and a champion of the cause of MSMEs for which he has worked during the past decades. He has served as President of KASSIA and has greatly helped MSME’s in Karnataka.

As President of All India Federation of Master Printers, he was instrumental in lifting the organization to new heights, spreading the Membership to the four corners of the country. During his tenure as President of Karnataka State Printers Association, the association celebrated the Platinum Jubilee year. He is also the Chairman of Printech Park Cluster and was instrumental in getting 57 acres of land from the Government.

He has the distinction of initiating Common Facility Centre and is the current Chairman of Printech Park Cluster. This is a Rs 15 Crores project which has been supported by the Government of Karnataka and the Government of India.

As a senior member of FKCCI he has distinguished himself in the activities of the Federation by being the Chairman of the Industry Exhibition Committees and also as Vice-President and Sr Vice-President for the years 2017-18 and 2018-19 respectively.

Sri C R Janardhana will be following the footsteps of his illustrious Past Presidents who have nurtured and raised the Federation to great heights during the past century. He will be implementing his ideas and drawing up a plan of action for the growth of the Industry, Trade and Service Sectors as envisaged by our Founder Sir M Visvesvaraya.